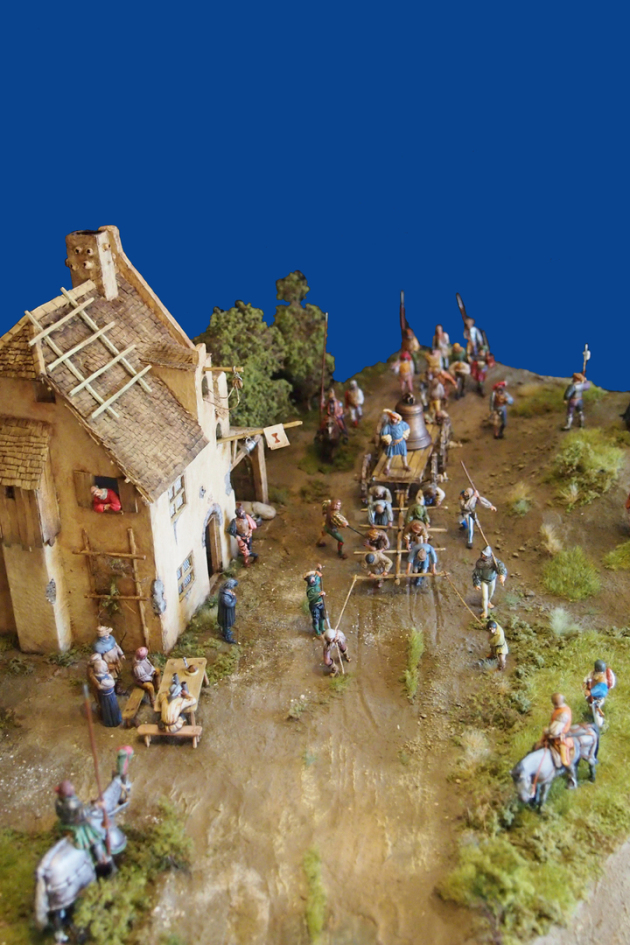 At the peasant Parliament convened in Memmingen from the 6-8 March 1525, the Hegau peasants were represented by their leader Hans Bienckler who attended as an observer. The famous 12 articles were passed by the Parliament. In the first half of April reports of increased activity in Upper Swabia by the peasant bands of Baltringen and Bermatingen forced the Swabian League to redirect its army under the command of Georg, Truchsess of Waldburg to attack and destroy the peasant insurgents. Through skillful diplomacy the Truchsess was able to neutralise elements of the peasant bands including the Hilzingen insurgents in the middle of April.
By June following several decisive battles in Southern and Central Germany, the peasant armies began to disband under heavy reprisal actions on the part of the Princes. In the Hegau the insurgents had to reckon with the newly appointed commander of the Swabian League army—Mark Sittich von Ems.
In July von Ems in the final encounter with the peasants at Hilzingen exacted brutal reprisals. Some 24 villages were razed to the ground and punitive reparations demanded from the populace. For those peasant insurgents deemed to be at the centre of the unauthorised gathering at the church festival they were taken prisoner and ordered to take down the storm bell from the church as a punishment and drag it down to Lake Constance. Loading the bell and the peasants on to a boat they were taken across the Lake and 50 souls were hanged from the trees before the walls of Bregenz.
The model depicts the forced march from Hilzingen through Singen and Radolfzell where they boarded thebarge. 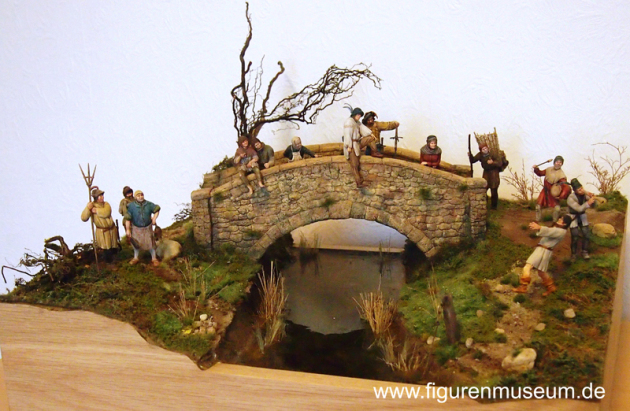 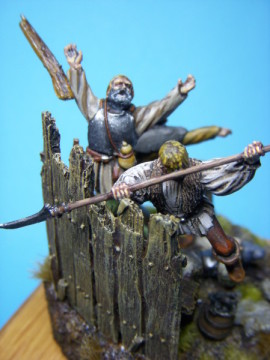